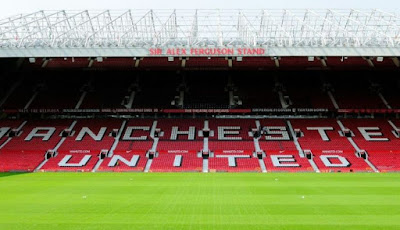 Nigerian striker, Emmanuel Dennis, was on target on Thursday night as his club, FC Brugge, battle Manchester United in the first leg of the Europa League round of 32 matches.

Dennis, a product of the Abuja Football Academy, displayed his raw pace and ability as he opened the scoring on 15 minutes but Anthony Martial saved Manchester United as he scored a priceless away goal to secure a 1-1 draw.

The Frenchman took advantage of a Brugge mistake to slot home nine minutes before the interval and his goal came against the run of play, with the Reds on the ropes for much of the first half, but United rallied after the equalizer.

However, Dennis with a brilliant display all through the match should have led Club Brugge to victory after he beats Harry Maguire and then Romero to the ball on the right of the United box before squaring, but thankfully Lindelof, playing his 100th Reds game, was on hand to prevent the incoming Maxim de Cuyper from scoring.


The Nigerian also continued to cause all the problems, squaring for Odilon Kossonou, who somehow missed the target with the goal gaping 12 minutes before the end.

Another Nigerian, Odion Ighalo, was summoned off the bench to make his first European appearance for the Reds, after a brief cameo at Stamford Bridge but his spectacular attempt at an overhead kick was not enough to give United the victory needed.

However, Manchester United manager made six changes to the side that played Chelsea on Monday night, leaving out David De Gea, Aaron Wan-Bissaka, Eric Bailly, Fred, Bruno Fernandes, and Daniel James, perhaps with Sunday’s Premier League match at home to Watford in mind.

With the sides being forced to settle for a draw, with all to play for a week today in Manchester, Ole Gunnar Solskjaer and his team are now focused on the match against Odion Ighalo’s former club, Watford, on Sunday.