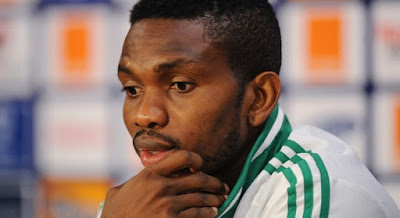 The Nigeria Football Federation (NFF) on Wednesday in Abuja said it has appointed former Super Eagles defender Joseph Yobo as an assistant coach with the team.

Ademola Olajire, NFF’s Director of Communications, disclosed in a statement that the former Super Eagles captain was replacing Imama Amapakabo in the team’s technical crew.

Yobo had played for the Flying Eagles, Nigeria under-20 national team, during the 1999 FIFA World Youth Championship (now known as FIFA Under-20 World Cup.

He won his first cap for the senior team in an Africa Cup of Nations (AFCON) qualifying match away to Zambia in Chingola in April 2001.

He capped a meritorious career with leading the Super Eagles to their third continental title in South Africa in 2013.

Yobo, who started out with Michellin FC of Harcourt in 1996, played a total of 100 matches for Nigeria at senior level and played his foreign club football in five countries.

This was at Olympique Marseille in France, Fenerbahce in Turkey, Everton FC, Norwich City in England, Standard Liege and Tenerife in Spain at several times.