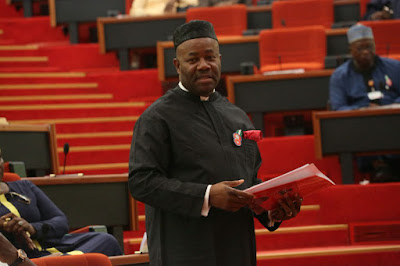 Minister for Niger Delta Affairs, Senator Godswill Akpabio has said the headquarters building of the Niger Delta Development Commission (NDDC) will be ready in the next three months.

Akpabio who spoke at a meeting with APC Youth leaders from South South said the structure will free up a lot of resources for the development of that Niger Delta adding that it was unfortunate that the commission has not achieved the purpose for which it was set up.

He called for the cooperation of the youths of the region especially youth leaders of the party in achieving the purpose for which the commission was established.


“Niger Deltans still move around in canoes and on bicycles while those who were in charge of this ministry and the NDDC flew in personal private jets. With the backing of President Muhammadu Buhari, I am working to ensure that Niger Delta people see tangible results in this new Next Level era.

“This is also why we are rejuvenating the NDDC through the forensic audit. We expect the new NDDC headquarters to be ready within three months and that will free up more funds to be invested in development programmes for youths and other disadvantaged groups in the region.

“We must forge a bond of peace across the Niger Delta by doing the right thing as that is the only way to ensure speedy development. I also urge you young people to insist on due process even if immediate outcomes appear not to be in your favour. I believe in the youths and I believe also that there are leadership potentials in every young person. I will do my utmost to nurture your potentials”.

APC Zonal Youth Leader in the South South, Engr. Gabriel Iduseri expressed the unconditional support of the zone for the minister’s efforts to transform the region into a potent economic hub through targeted infrastructural and human development projects.

Iduseri said “We are here today not just for a courtesy visit but we are here also to inform you that we appreciate what you are doing. The Youths of the South South, South West and South East states of Niger Delta laud your plans and projects for the region and we are ready to promptly queue up behind you anytime we are called upon to do so.”