Minister advises youths to embrace other aspects of technology 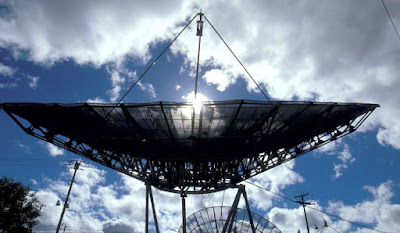 The Minister of State for Science and Technology, Mr Mohammed Abdullahi, on Saturday advised youths to look beyond information technology and embrace other aspects of technology.

The theme of his presentation was `Youth As A Catalyst to Nation-Building: The Role of Technological Innovation’’.

He said that there were different gamut of technology such as biotechnology, which looked at the advantages in plants.


He noted that it could be used to develop seedlings and check foods being imported into the country.

According to him, there are space technology, engineering and others that the youth could focus on rather than just information technology.

”We have a programme through which we support students in sciences in schools. We also have programmes on infrastructure development.

”There is National Science Technology and Innovation Roadmap 2030 and we are looking at space technology to have Nigerian satellite built by Nigerians in orbit by 2030; Presidential Executive Order No. 5.

”Virtually every technology in Nigeria is imported, so we intend to stop that. Every contract must have local content, ” Abdullahi said.

According to him, the ministry intends to bring methanol technology into the country and address the issue of gas flaring and capture all the gas that are being wasted.

The minister said that the future of the world was in sciences and technology and people might start living in other planets through science and technology.

He encouraged the youths saying “you are what you are tomorrow, depending on how you utilise your youthful age’’.

Abdullahi said that the youths required an inner motivation, an inner peace and formed a large segment of the population.

The minister said that there was need to interact with the youth as they formed the bedrock of what the society wanted to do in the future.

He said that the Nigerian youth was typically energetic, boisterous, innovative, progressive and ambitious and represented the future of Nigeria as well as everything needed to make Nigeria great.

The minister said that there were challenges for the youths that could motivate them to expand their ability.

According to him, the youth should not allow themselves to be dragged backward but leverage on technology to develop themselves.

The First Lady of Lagos State, Dr Ibijoke Sanwo-Olu, said that any nation that denied the youth the necessary environment to participate in nation-building process, “does so at its own risk as they are the foundation of the society’’.

The first lady who was represented by Mrs Bolajoko Ajibade, said that the youth represented the most vibrant and adventurous group in any society.

According to her, they constitute the largest chunk in any society while 60 per cent of Nigerians are said to be youths.

She said that the youths had always played prominent roles in the development of the country as the late Dr Nnamdi Azikiwe, Chief Obafemi Awolowo and Sir Tafawa Balewa started off as youths.

Sanwo-Olu said that there should be emphasis on technical education and social entrepreneurship, saying that government institutions and corporate organisations should support the youth.

Mr Segun Odufuwa, the Convener, SPGN, said that the theme was a follow-up of the previous year’s own which was “Rewriting Your Story’’.

Odufuwa said the event was meant to have a mindset shift by youths to elevate their minds.

He said that the conference was the third edition and since the inception of the programme in 2018 there had been  tremendous growth and the impact had been overwhelming.

According to him, the previous year we were able to empower 50 people and after this year’s event, we had a partnership with an organisation to train and empower 100 youths.

“We have some grants for youths who are into entrepreneurship.

“We will also be giving some young people internship and we will also use this opportunity to call on organisations, government and private sectors to partner with us to empower these youths,’’ Odufuwa said.

The News Agency of Nigeria reports that the 2020 Youth Leadership Conference was tagged “Turning Point 3.0’’

It is an annual conference with the mission to provide help, hope, psychological support as well as empower young people to succeed in life.