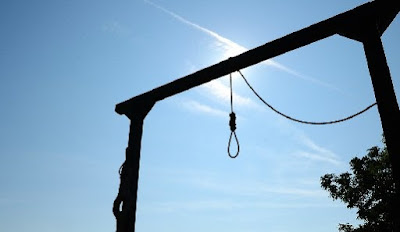 Pakistan lawmakers seek to implement a new law that would allow public execution of those convicted of abusing children.

The country’s parliament on Friday passed a resolution to allow for public hanging of offenders, citing the prevalence of cases of child killing and rape in the predominantly Muslim nation.

Ali Muhammad Khan, Pakistan’s parliamentary affairs minister, who pushed for the resolution during plenary, argued that the situation required far-reaching measures to ensure it is tackled.

According to the minister, child killers and rapists “should not only be given the death penalty by hanging, but they should be hanged publicly”.


“The Quran commands us that a murderer should be hanged,” Khan said.

It is believed the resolution received approval of majority of the lawmakers at the parliament.

Shireen Mazari, the country’s human rights minister, however, expressed reservations, noting it was not sponsored by the government.

“The resolution passed in NA today on public hangings was across party lines and not a govt-sponsored resolution but an individual act. Many of us oppose it – our MOHR strongly opposes this. Unfortunately I was in a mtg and wasn’t able to go to NA,” Mazari wrote on Twitter.
Several rights group have called for the proscription of law supporting execution of child killers and rapists in the country, explaining such has little impact in discouraging others who may be nursing similar ambition.

Omar Waraich, Amnesty International’s deputy South Asia director, told Mail Online in a statement that the new resolution was further indication of the country’s regression into its past, stressing such law should not be allowed.

“Pakistan should be moving to abolish this cruel relic of the past, not extending its use,” he was quoted as saying.

“Lawmakers in Pakistan need to look at the facts – there is no evidence anywhere in the world that capital punishment deters crime any more than prison, and the grisly spectacle of public executions will be no different.

“Public executions, which are thankfully now very rare in the world, are a throwback to a crueller age. Pakistan should focus on proper child protection and crime prevention measures.”

“There is no empirical evidence to show that public hangings are a deterrent to crime or in protecting the psycho-social well-being of children,” Belal said.

Pakistan has introduced several laws in the past aimed at arresting the surge of preventing child abuse and rape among children but none requires public execution.

The country had introduced a law criminalising sexual assault against minors, child pornography and trafficking in March 2016.

If the proposed resolution scales through, it would become the first of its kind in the history of the country.

The country presently operates law that allows death penalty but all executions are carried out inside jail.