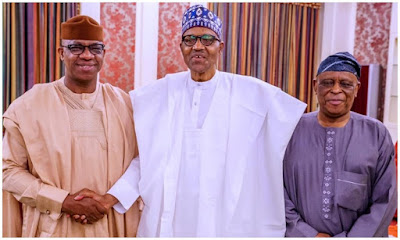 The Governments of Lagos and Ogun States are seeking the transfer of some key federal roads to them for development so as to enhance their local economies.

The states want to develop the roads and commercialise them for major economic gains.

On Thursday, Ogun State Governor, Mr Dapo Abiodun, and a former governor of the state, Chief Segun Osoba, met with the President, Major General Muhammadu Buhari (retd.), in Abuja where they raised the issue on behalf of the two states.


Osoba, while speaking with State House Correspondents, said the meeting with Buhari was to seek support for the plans of the two states and particularly, the agricultural programme of Abiodun’s administration.

“If the road (Epe-Ijebu-Ode) is rebuilt, it will also enhance the export free zone and the takeoff of the Deep Sea Port Ogun has envisaged”, Osoba stated.

On his part, Abiodun said, “We have appealed to Mr President to transfer the roads to Lagos and Ogun states.

“We want to rebuild and commercialise them. The funding has been sourced through contractual discussions.”