Josh King reacts to Man Utd signing Ighalo ahead of him 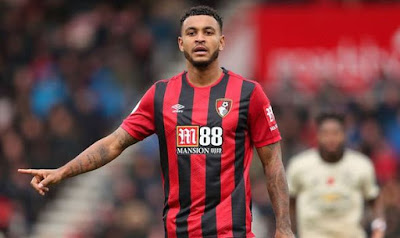 The 28-year-old was a major target for Ole Gunnar Solskjaer, as he tried to bring in a replacement for the injured Marcus Rashford.

King spent five years with United at the start of his career and has admitted a return to Old Trafford, would have been a dream come true.

However, the move never happened and the Red Devils instead brought in Odion Ighalo on a six-month loan.


“How close it was I have no complete answer to. I have to watch what I say.

“I had some faith that it was going to happen. And it was a bit sensitive for me considering that I moved to England as a 16-year-old to achieve my dream and wanted to reach that goal at Manchester United.

“It did not [happen] and then I made a choice and left. When you hear that you are connected to United and a bid comes in, then the feelings you had as a 16-year-old come back to you.

“But why it did not happen, I do not know,” King told Norwegian outlet TV 2.

He added: “I’m a Bournemouth player and I really enjoy it here.”

King played for the last 20 minutes, as Bournemouth lost 2-1 to Sheffield United.