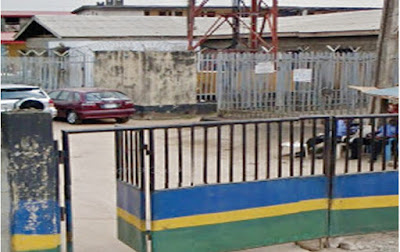 Veritas University, Abuja, has built a police station on its campus in the Bwari area of the Federal Capital Territory, saying the presence of policemen was needed to checkmate the spate of insecurity including kidnapping and armed robbery.

The university noted that the police station serves the institution as well as surrounding communities such as Zuma and Bwari.

The Veritas Vice-Chancellor, Prof Hyacinth Ichoku, stated these at a press conference on Wednesday.

The press conference was to mark the eighth convocation of the university, which holds on Saturday and would be attended by the Peoples’ Democratic Party Vice-Presidential candidate in the 2019 general elections, Peter Obi.


The VC noted that the police station was equipped with a patrol van to ensure that there was no security breach around the campus.

He said, “We realise that because of the frequent kidnappings; in fact, there is no place that is safe in Nigeria. We realise that this environment is not excluded from the risk areas. So, what we thought to do was to, first of all, have a police station. We have 12 policemen from the Bwari command on campus for 24 hours. We gave them a vehicle and a patrol van for night patrols. This is to ensure that there are no security threats.

“Our surrounding communities were present at the foundation laying ceremony for the police station at the university. For the first time, the communities said they have a police presence around them.

“Also, there are about 65 private security personnel on our campus who monitor movements and all manner of behaviour. We are ensuring that there is no infiltration into the university.”

The VC added that the university would be awarding degrees to 286 graduates including five postgraduate students, out of which 25 made a First Class honours.