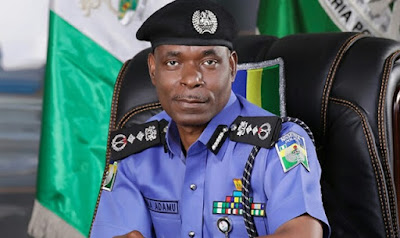 The Inspector General of Police, Mohammed Adamu, on Wednesday reiterated that Community Policing would go a long way in curbing crime in the country.

The IG appeared before the Senate to brief lawmakers on addressing insecurity in the country.

The IG told newsmen, after a closed door session with the Senate in Abuja, that he had briefed the lawmakers on modalities of Community Policing and how it could curb crime.

“We believe that everybody comes from a community and in a community you know who and who is there, so taking policing back to the community will help in reducing crime to the barest minimum.

“So I have explained the concept of Community Policing to the senate which involves a partnership with the communities and there are various communities.

According to Adamu, partnership with the communities will involve gathering data on the crimes in the community and analysing them.

Adamu said, “When we talk about partnership, we are talking about problem-solving; we need to solve problems that evolve in the community.

“What we mean here is that we scan the community to find out what the indices are that can lead to committing of a crime, or the crimes that have been committed already.

“We analyse the problem, then we look for the solution and responses that are available, then we deploy resources to deal with the problem.

“Subsequently, we re-evaluate all our responses to see how we can adjust to solve the problems and in doing this, we need to capacitate our officers so as to key into the process’’.

Responding to questions on the rising cases of crime in the country, Adamu pointed out that when the rate of crime in any country rises, and then there is the need to re-strategize and deal with the issues head on.

“Well you know that security issues are fluid, dynamic; at a stage where you have a rise in crime, we re-strategize and deal with them and everywhere will be stabilized.

“And for a period of time you will see stability in the crime situation, but at another stage (surge) you will see the criminals also re-strategizing and coming up to commit crime.

“What are the issues, what are the things that lead to committing a crime, are those issues to be dealt with by law enforcement agencies or security agencies?

“No, there are other arms of government that need to deal with the issues; state governors, local government chairmen should take up their responsibilities; people that are committing these crimes, there are reasons that make them commit these crimes.

News Agency of Nigeria reports that the briefing is part of efforts by the National Assembly to find lasting solutions to the debilitating state of security in the country.