5:08 AM CuteNaija 0 Latest News in Nigeria 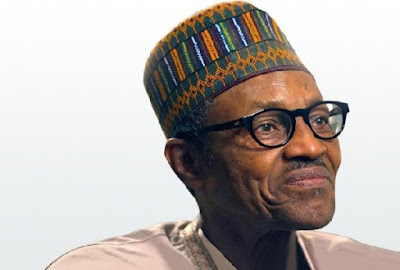 Nigeria's President, Muhammadu Buhari  said on Thursday the goal of his government was to bequeath critical infrastructure to Nigerians.

He explained that such infrastructure, particularly roads, rail lines, airports and bridges, would bring prosperity to Nigerians.


The State House stated that the President spoke in Abuja when he received a delegation of the Surveyors Council of Nigeria at the Presidential Villa.

The delegation was led by the President of the International Federation of Surveyors, Prof. Rudolf Staiger.

‘‘Our government, in the past five years, has embarked on critical infrastructure development and rehabilitation projects across the country. We are designing and building roads, bridges, rail tracks, airports and affordable housing all over the country.

‘‘Our goal is simple, we will develop quality infrastructure that will bring prosperity to millions of Nigerians in both our urban and rural areas.

“To achieve this, we are working with surveyors, engineers and town planners. I am, therefore, confident that the 344 new surveyors inducted into the register of the Surveyors Council of Nigeria will be very busy in the coming years,” his media aide, Mr Garba Shehu, quoted him as saying in a statement after the meeting.

On the GIS, he informed his quests that many of the 36 states had begun to deploy it for both urban and rural development, adding that the Federal Government was also on track in using similar technologies to support farmers to increase their yields.

Buhari told the visitors that his regime was ready to work with members of the survey and geo-informatics profession to provide quality infrastructure that would bring prosperity to Nigerians.

He stated, ‘‘Indeed, this beautiful city of Abuja, which was conceived in 1976, is an excellent example of the good work delivered by your profession.

‘‘As you are aware, the city we are seeing today was designed and built through the collaboration of many local and international surveyors, engineers and geospatial experts.”

Speaking earlier, Staiger said, ‘‘For me it is a great opportunity to personally interact with President Buhari whose international reputation of honesty, integrity and selfless services stand him out as one of the greatest sons of Africa.”

SURCON was established by Decree 44 of December 14, 1989, but now an Act of Parliament.