I am still winning souls for Christ- Zack Orji declares 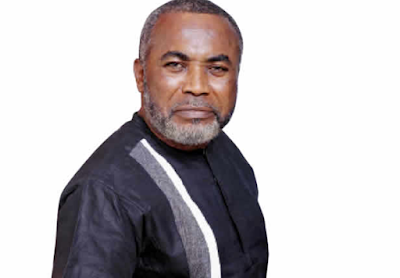 Veteran actor, Zack Orji is one role interpreter who combines acting with being a preacher.

When he was ordained reverend in 2012, by Bishop Lawrence Osagie of Power Line Bible Church,  many thought the handsome actor would stop acting. However, Orji continues to soar both on pulpit and off pulpit.

In his words: “I’m still winning souls for Christ. Being an actor and preaching is a calling
We use our work as celebrities to also minister to people”, he told Vanguard.

Sharing his experience in Congo, Orji noted that he was shocked when the congregation recognized him in a church.


“ In 2002, I was in the Democratic Republic of Congo. I went to worship in a church on a Sunday there. When I entered the church and the congregation recognized me. I was sitting at the back but when they sighted me the youths raised me on their shoulders, and carried me to the altar.That was how the pastor knew I was around. But he said one thing that amazed me – that Nigerians don’t know what their films are doing for them. He said that they use our films to preach to the people in church,” the actor said.