How UNIMAID female student was burnt to death by Boko Haram 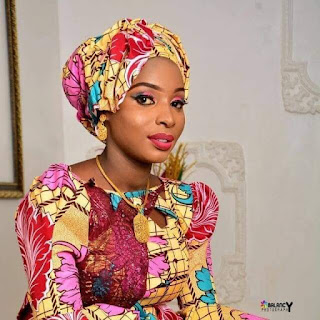 A female student of the University of Maiduguri, UNIMAID, simply identified as Fatima was among the 30 people who were killed by Boko Haram terrorists at the village of Auno, Borno on Sunday.

The terrorists killed 30 people and abducted many women and children in a raid in Borno State, an attack President Muhammadu Buhari described as ‘cowardly and murderous.’

Fatima, a Mass Communication student was said to have been burnt alive by the terrorists.

Her friends and well-wishers have mourned her demise on twitter.

Rest In peace Fatima, Reports Says She was burnt to ashes by Boko Haram at Auno Borno state.Until her death Fatima was a student of University of Maiduguri#auno#bokoharam pic.twitter.com/LLlCCB4GuI
— Alhassan yahya (@guzas2) February 10, 2020

INNALIALLHI WA'INNA ILAIHIRRJIUN
If this pop into your TL say a prayer for a sister as she was gruesomely burnt to ashes by dreaded Boko haram sect yesterday night in Auno, few miles to maiduguri on her way back to school (UNIMAID).

Fatima a student of mass communication university of Maiduguri is also a victim on Boko Haram attack yesterday. They were burnt into ashes Subhanallah! 💔
May Allah SWT have mercy on their souls and grant them eternal peace 😭💔 pic.twitter.com/MDCScXgpe2
— Bundiyee🌹 (@teemerhagana) February 10, 2020


This is Fatima a Mass Communication student in the University of Maiduguri, she's among the victims of yesterday's attack by Boko Haram. May Allah grant her Jannah and protect us all from their massacre. pic.twitter.com/pmFW4mlGz8
— Faarees 💫 (@MFaarees_) February 10, 2020

She was burnt to ashes by Boko Haram in maiduguri, She was a student at the University of Maiduguri."
Please pray for her 😭 pic.twitter.com/eIQ7RWeOW8@unimaidtalk #maiduguri pic.twitter.com/jBsGbccsx6
— 🔥CaUse TroubLe🔥 (@Idrisa_Jaedeen) February 10, 2020