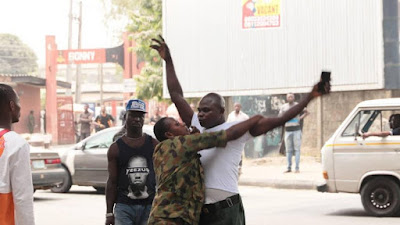 Officials of the Lagos State government who were out to enforce a clean-up of the Ikoyi/Victoria Island neighborhood in upmarket Lagos, were physically attacked by military personnel at the roundabout opposite Bonny Camp.

Lagos Governor Babajide Sanwo-Olu has issued new laws to curb environmental degradation and improve waste management in a city notorious for its mounds of filth, shanties and clogged drainage channels.

“The team, which had been conducting daily enforcement raids, visited the roundabout under the Bonny Camp to continue the exercise but were confronted by uniformed military personnel who prevented them from confiscating the items displayed and sold in violation of the law,” a statement from the Lagos state government on the incident reads.


“During the encounter, the military personnel, in the company of some other individuals in mufti, questioned the audacity of Lagos state government officials to conduct raids near a military capacity and resorted to beating up all identified officers of the state within sight.

“The action of the military men emboldened some of the street traders who resorted to hurling stones and other dangerous items at the officers who were on enforcement duties. 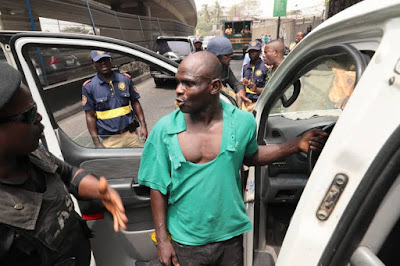 Leader of the Lagos state environmental clean-up team, Tunji Bello, describes the action of the soldiers as unfortunate.

He says as part of the proactive measures undertaken by his committee, letters of intent were written to the various military and police formations to inform them of the committee's operations in the Victoria Island and Ikoyi area.

23 people were arrested for offences ranging from street trading, breach of peace and obstructing the highways during Tuesday’s enforcement rounds.

“Those arrested have been charged before a Special Offences Mobile Court sitting at Falomo Roundabout in Ikoyi and handed out appropriate punishments,” the Lagos state government adds.

Civil disobedience?
Spokesperson for the Nigerian Army, Col Onyema Nwachukwu, was not immediately available for comments as calls placed to his mobile returned answered before this story was published.

Lagos, Nigeria’s commercial capital and most populous city, has had a hard time subjecting soldiers or military personnel to civil authority, 20 years after civilian democracy replaced military rule in Africa’s most populous nation.