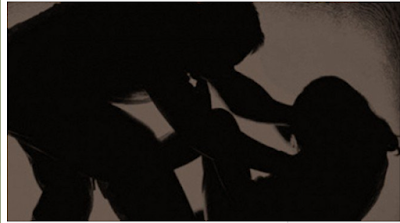 An Ikeja Special Offences Court heard on Thursday how a middle-aged woman (names withheld) was allegedly raped and robbed of N198,000 inside Balogun Market, Lagos by a trader, one Fidelis Nnaona, aged 29 after threatening her with a knife.

The incident happened on March 22, 2018 in an uncompleted building at Balogun Market.

Led in evidence by the prosecution, Olusola Soneye before Justice Abiola Soladoye, the victim who is a beautician, lamented that Fidelis had approached her and offered to help her purchase some goods in the market but ended up raping and robbing her in an uncompleted building in the process.
The victim said she went to Balogun market on the day of the incidence to buy some fabrics when her assailant approached her asking what she needed.

She told the court she declined his offer to help but that the defendant kept following her.


She said that at a point, Fidelis who claimed to also be a trader in the market began wooing her but that she told him to stay back.

She said this made her to insult him and consequent upon which he pulled her dress at a point.

The victim said Fidelis threatened her that he was going to teach her a lesson.

She said that when they got a place that was a little secluded, Fidelis pulled out a knife with which he threatened and ordered her to follow him.

She said she followed him quietly to avoid being stabbed.

She said she offered him N198,000 which she wanted to use to buy goods and her phone but which did not deter him.

“He led me to an abandoned building in Idumota on the Island. On getting there, he told me to climb the stairs and take off my pant and I protested. He started threatening me that he is going to cut me with the knife if I don’t obey him and that he would get away with it.

She said that the defendant thereafter told her that he still has one lesson to teach her and that was when he “raped me”.

She said the defendant warned her not to shout and threatened to cut her if she did.

“You can’t shout, I have your pant with me whatever you say is your word against mine. I will simply tell everybody you gave your pant to me willingly. If you walk quietly back into the market, you’ll be fine. He said that repeatedly”, she told the court.

She said that after a while, she no longer heard him saying anything and that was when she knew she was alone.

“I turned back and I didn’t see him again. I sat on the floor and started crying that my phone, my money was gone and that someone just raped me.”

She said that it was a passerby who saw her that took her to the Lagos State University Teaching Hospital, LUTH, Idi-Araba where she was medically examined and treated.

“I was given tablet to prevent pregnancy and STD”, she said adding that three days after she was placed on Antiretroviral drugs for 30 days.

She told the court that the defendant was arrested when she returned to the market with a friend on April 4, 2018.

She said that while walking along Marina, she sighted the defendant and that immediately he saw her, he took to his heels.”

She said that she raised an alarm as a result of which some people chased the defendant, arrested him and handed over to Ebute-Ero Police Station.

She said she wrote statements at the station about how she was raped by the suspect but that the defendant was released after 24 hours.

She said that she was able to recover her phone after the police tracked her phone back to the suspect.

Fidelis is standing trial on a two-count charge of alleged armed robbery and rape.

The defendant resident at Block 61 Flat 19 Amuwo Odofin Festac is charged with armed robbery and rape contrary to Section 297(2) (a) and Section 260 of the Criminal Law of Lagos State 2015 respectively.