3:03 AM CuteNaija 0 Latest News in Nigeria 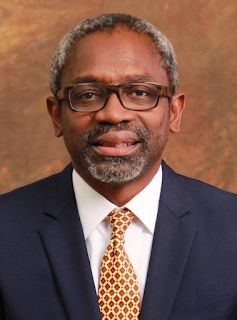 The Speaker of the House of Representatives, Femi Gbajabiamila, on Tuesday met with the United States Ambassador to Nigeria, Mary Leonard, where he called on the American government to review the visa ban imposed on Nigerians.

Gbajabiamila stated that Nigeria and the US had been maintaining a good relationship for decades, stressing that the visa ban was not in the best interest of both countries.

He said, “We are excited that you are here because the US and Nigeria have a wonderful relationship.

“One is the issue of the ban on Nigerian immigrants. There is still no clarity on the issue: for some, it is very hazy and for others, they need to understand what is going on. Even people who seek to go on a visit (to the US) are being affected in one way or the other.

“The United States or whichever country has the right to know who comes into their country, but I think sometimes it is important to look at things and understand why some set of people are being denied visa.

“There are ways we can sit down and figure out what the issues are,” he stated.

The Speaker also sought to know what the US Government was doing to assist Nigeria on insecurity, which he said had become a major challenge for the country.

The US Ambassador said the visa policy was not a ban, noting that the action was not meant to be a permanent one.

He said the issue would hopefully be resolved “in a single-digit month.”