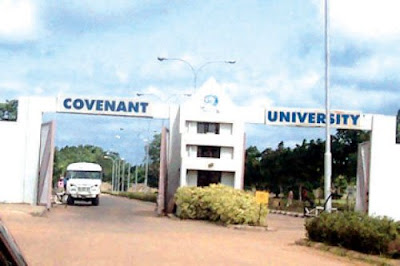 Covenant University has been named among the world’s 100 best universities in the emerging economies 2020.

The institution was ranked 91st in the annual list released by Times Higher Education (THE), on Tuesday. It is also the only Nigeria institution to make the cut.

Covenant University was jointly ranked on the same spot with National Yang-Ming University, Taiwan and University of Perandeniya, Sri Lanka


News Flash! @CUHEBRON has been ranked 91st in the 2020 @timeshighered rankings of institutions in the 'Emerging Economies Category.' This feat means that the West Africa and Nigeria Best University moved up 60 places from 151st position in the same ranking in 2019.#Vision102022 pic.twitter.com/b6EnyVQGdU
— Covenant University (@CUHEBRON) February 18, 2020


THE explained that the list “includes only institutions in countries classified by the London Stock Exchange’s FTSE Group as ‘advanced emerging’, ‘secondary emerging’ or ‘frontier”.

It added that the ranking was done using 13 key performance indicators of institutions including their teaching, research, knowledge transfer and international outlook.

THE noted such indicators, however, “are recalibrated to reflect the development priorities of universities in emerging economies.”

The ranking, which examined 533 universities from 47 countries or regions, has China has the most represented country with 81 of its institutions included in the list.

This was followed by India and Brazil with 56 and 46 institutions respectively.

Below is the top 100 universities in emerging economies 2020, according to THE: