8:18 AM CuteNaija 0 Latest News in Nigeria 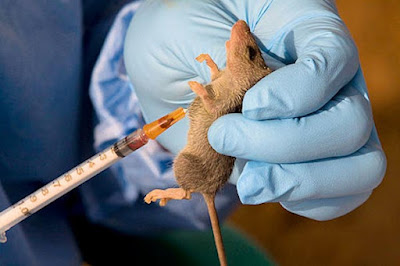 Kogi State Ministry of Health has said that four persons have died from Lassa fever out of nine cases since the outbreak.

The state epidemiologist, Dr Austin Ojotule, in a statement in Lokoja yesterday, said there were 31 suspected Lassa fever cases as of February 8.

Of the 31 suspected cases, one was probable, 17 negative, nine confirmed, while five others have pending laboratory results.

He added that four deaths were recorded among the nine confirmed cases, with a Case Fatality Rate (CFR) of 44.4 per cent.

Ojotule said contact-tracing and follow-ups were ongoing, adding that 177 contacts had been identified.

The Nigerian Medical Association (NMA) in Ondo State said its members were not scared of treating Lassa fever patients.

The Chairman, Dr Wale Oke, in an interview with the News Agency of Nigeria (NAN) in Akure, the Ondo State capital, debunked claims that some doctors in the state were scared of treating patients infected with the deadly virus.

According to him, the association was working with relevant agencies to curtail its spread.

“We are working with government and technical partners to curb the spread of the disease.

“Our members are not scared of attending to Lassa fever patients. We are fully involved,” he said.

Oke praised the state government for its quick intervention, adding, however, that more needed to be done to prevent the spread of the disease.

Ondo is one of the worst-hit states by the latest outbreak of Lassa fever, with over 200 confirmed cases so far and 21 deaths, according to NAN.