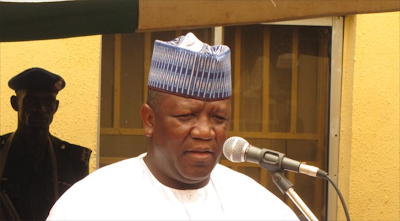 This was contained in a statement on Tuesday by Governor Bello Matawalle’s Special Adviser on Media, Zailani Bappa.

It said the revelation was made by the chairman of the committee, Ahmed Gusau, when he submitted the panel’s report to the governor.

Gusau disclosed that over 1,000 vehicles belonging to the State Government, representing 66 percent of its total vehicles, could not be accounted since Yari’s exit.

He said the committee further uncovered that N35million Hajj fares were not refunded to some 2012 intending pilgrims who could not be airlifted.

On school feeding, Gusau lamented that the children were fed with food which the chairman described as “animalistic and ungodly”.

“One will not feed one’s dog with the kind of near poison we saw in the name of food to these children.

“Despite the poor provision of food, the number of children was highly inflated.

“In a school where a Principal claims to be feeding 700 students three meals a day, we repeatedly found less than 50 students feeding,” he said.

Matawalle, in his remarks, thanked the committee and promised to look into the report with a view to implementing its recommendations.