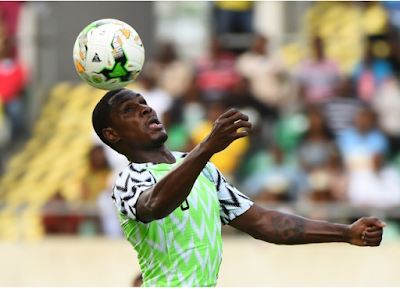 Manchester United have confirmed that new striker, Odion Ighalo will wear the number 25 jersey number at the club.

The Red Devils disclosed this in a statement on their official website on Tuesday.

“Ighalo has been handed the number 25 squad number at Man United.

“ He joined the club on a six-month loan deal from Shanghai Greenland Shenhua.

“That shirt has been vacant since Antonio Valencia left Old Trafford last summer, bringing an end to his 10-season career as a Manchester United player.

“The 30-year-old striker’s move was completed on Friday on six a month deal.

“The 2019 Africa Cup of Nations top scorer will bolster Ole Gunnar Solskjaer’s squad for the rest of the season.”