6:34 AM CuteNaija 0 Latest News in Nigeria 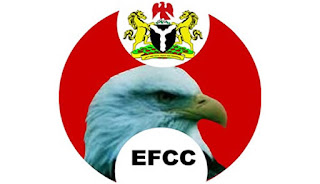 The Economic and Financial Crimes Commission on Thursday arraigned Petro Union Oil and Gas Limited and four of its directors over an alleged scam of £2,159, 221, 313. 54 involving purported construction of three refineries and a petrochemical complex in the country.

The oil firm and the directors – Abayomi Kukoyi, Kingsley Okpala, Chidi Okpalaeze and Emmanuel Okpalaeze – were arraigned before Justice Mohammed Liman at the Federal High Court in Lagos.

They were charged alongside Isaac Okpala, said to be deceased, and Gladys Okpalaeze, said to be at large.


The EFCC, in the charges, alleged that the defendants “fraudulently procured a Barclays Bank cheque, dated 29th December, 1994 in the sum of £2,556,000,000.00 made payable to Gladstone Kukoyi and Associates, purporting the said cheque to be meant for foreign investment in the construction of three refineries and a petrochemical complex in Nigeria, when you knew that the said cheque to be false.”

The anti-graft agency further alleged that the defendants, with an intent to defraud, “forged a certain document to wit: statement of account in the name of Goldmatic Limited purportedly issued by the Central Bank of Nigeria with Account Number: 10382175, wherein you falsely claimed that the Central Bank of Nigeria had in its custody the sum of £2,159, 221, 313. 54 in favour of Goldmatic Limited.”

The prosecuting counsel for the EFCC, Mr Rotimi Jacobs (SAN), told the court that the crime was committed on December 29, 1994 and 2007 in Lagos.

According to him, the defendants acted contrary to Section 1(2) (a) of the Miscellaneous Offences Act, Laws of the Federation of Nigeria, 1990 and were liable to be punished under same law.

The prosecutor said the defendants also violated Section 467 (2) (I) of the Criminal Code Act, Laws of the Federation of Nigeria, 2004.

But the defendants pleaded not guilty when the seven counts were read to them on Thursday.

While adjourning till February 19 to hear their bail applications, Justice Liman ordered that the directors be remanded in the custody of the EFCC.

In another development, the Ibadan office of the anti-graft agency on Thursday, arrested two siblings; Olanrewaju Olatunji, 19, and Femi, 29, alongside 13 others for alleged involvement in Internet-related fraud.

The suspects were apprehended at Alafara area of Ibadan, the Oyo State capital, following earlier intelligence gathered by the commission.

The other suspects, whose ages range between 16 and 48 years, are Abiodun Ojo, Lawal Ahmed, Adedeji Olatunbosun, Adeniyi Ramon, and Oladipupo Oluwatobilola.

Items that were recovered from them included three exotic cars, mobile telephone sets, laptops, passports, Point of Sale machine, and some documents.

According to the commission, suspects will be charged to court as soon as investigations are concluded.