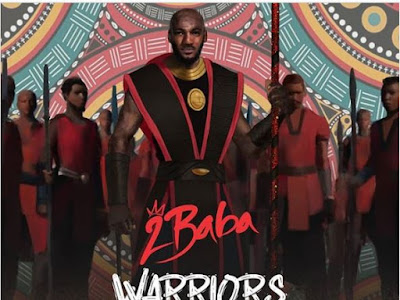 The award-winning singer, who had earlier teased fans on the album release date, made good his promise to drop the body of work on February 28 — in a move that brought his number of studio projects to seven.

Among the artistes featured in the 13-track project are Burna Boy, Wizkid, and Tiwa Savage, three award-winning Afrobeats singers.

‘Warrior’ comes as a follow up to ‘Ascension’, Idibia’s 2014 project, which succeeds the likes of ‘Face2Face’, ‘Unstoppable’ and ‘Grass to Grace’ — released in the previous years.

The singer, who debuted his first studio album in 2004, is acclaimed as one of the most decorated and successful Afropop artists in Africa and also one of the most bankable.

He has also remained a household name in the continent’s music industry since the release of classic hit ‘knock me off’ as a member of the now-defunct ‘Plantashun Boiz’ in 1999.

Tuface, 44, had in 2018, declared his interest in running for a political office, although he neither specified what political platform he would opt for nor what level he would be pursuing.

With over 2 decades of showbusiness experience under his belt, Idibia had staged his ’20 Years A King’ concert in 2019, receiving a number of awards thereafter to that effect.