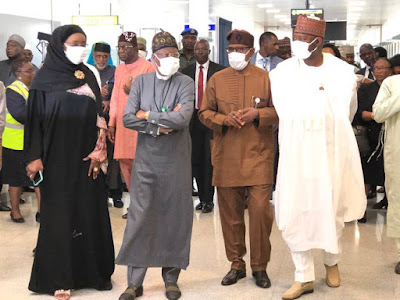 Egypt, Algeria, and South Africa are at high risk of suffering from the deadly coronavirus, a study released Wednesday suggested.

The study suggested other countries – among them Nigeria, Ethiopia, Sudan, Angola, Tanzania, Ghana and Kenya – would all need support with detecting and handling imported cases of the coronavirus.

The Lancet medical journal reported that the three African countries were at particular risk because of higher levels of travel and trade with China, where the COVID-19 virus first arose.

Egypt’s health ministry announced last week the first confirmed case of the novel coronavirus in Africa – a foreigner whose nationality was not revealed.

These include temperature screening at ports of entry, recommendations to avoid travel to China and improved health information provided to health professionals and the general public.

However, she said “some countries remain ill-equipped” to deal with the threat and more needed to be done with surveillance and rapid identification of suspected cases, patient isolation and contact tracing.

While almost three-quarters of African countries have an influenza pandemic preparedness plan, most are outdated and considered inadequate.

Fortunately, Egypt, Algeria and South Africa have “the most prepared health systems in the continent”, the report found.

The new findings are from a modelling study estimating the preparedness and vulnerability of African countries, as well as their likelihood of importing COVID-19 cases from China.

Algeria, Ethiopia, South Africa and Nigeria were included in the 13 top priority countries identified by the World Health Organization (WHO), based on their direct links and volume of travel to China.

China is Africa’s leading commercial partner with high volumes of travel between the two locations.

However, some African countries simply do not have the resources, including beds and quarantine premises, the study warned.

“Crisis management plans should be ready in each African country, and involvement of the international community should catalyse such preparedness,” said Colizza.

The death toll from the COVID-19 virus has risen above 2,000, almost all of them in mainland China where 74,185 cases of infection have been confirmed since it first emerged in late December.