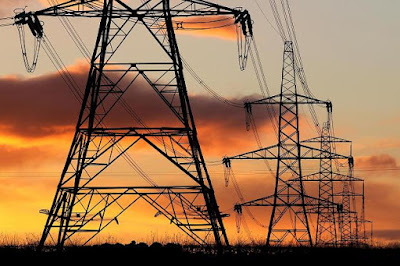 Electricity consumers have expressed anger on the proposed hike in tariff as the National Electricity Regulatory Commission (NERC) took its public hearing to Kaduna on Tuesday.

One of the consumers decried what he called high-level corruption in the electricity Distribution Companies (DisCos).

The public hearing tagged: “Investments towards improvement of power supply and quality service in the Nigerian electricity supply industry” was chaired over by NERC’s Vice Chairman Sanusi Garba.

Garba said that commission organised to get input from KEDCO and the consumers on the review of the proposed tariff.


A cross-section of the consumers, who specifically accused DisCos of indiscriminate billing and insensitivity, alleged that officials of the Kaduna Electric have being shortchanging consumers.

Another consumer Saleh Mohammed urged the NERC not to approve the proposed tariff because the company had yet to show serious commitment to the management of the power sector.

Chairman, state chapter of the Association of Professional Printers of Nigeria, Koko Clement in his submission said, any new tariff coupled with the reviewed 7.5 Value Added Tax already out in place by the President Muhammadu Buhari regime, would be an added burden on Nigerians.

He said the association vehemently opposed the proposed tariff, saying that, “the printers association of Kaduna State said the new tariff is unacceptable to them.”

Abubakar Aliyu noted that the company was yet to show the capacity to remain in business, saying that residents could only accept any tariff review when their homes have been metered.

Meanwhile, the Head of Corporate Communications of the Kaduna Electric, Abdullahi Abdulazeez, said it was unfair and unacceptable for the consumers to accuse the company of corruption.

According to him, 70 per cent of consumers fail to pay their bills and that the company had to be aggressive on debt collection.

Abdullahi said: “When you consider that we are in a business, where we have a product that we sell, and then 70 per cent of the products people are not willing to pay for it.

“We are into business that we are perpetually at a lost. This money we have to get, we have to go put aggressively to get it. Even the little out of the bill of N3.5 billion every month, we are only able to get N1.5 billion n and this N1.5 billion, not that we are using it, we still putting it back into value chain – we are paying for transmission, general and NERC.

“All the players in the system, all these we are paying it back to them. We are collecting on their behalf. It is only 18 percent of that N1.5bn that is our own. Everything we need to do to keep the business going, we do it from that money.”