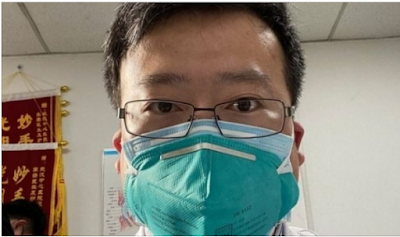 Li Wenliang, a Chinese ophthalmologist who raised the alarm coronavirus, has been confirmed dead after contacting the virus while treating an infected patient.

The 34-year-old doctor sent out a message about the virus to colleagues on December 30, but was later summoned by the police for “rumour-mongering.”

He died at the Wuhan Central Hospital on Thursday, thereby increasing the death toll to 636, according to Chinese officials.

The Chinese government said another 3,143 new cases of infection were confirmed, bringing total infections in the country so far to 31,161.

The virus has spread through every province and region of China, as well as 25 other countries including US, UK, France, Canada, and Germany.

A 30-hours-old Chinese baby became the youngest victim of the virus, having tested positive shortly after his infected mother put to bed.

The World Health Organization (WHO) had declared the outbreak a global health emergency, appealing for $675 million to fund a three-month response plan.

Some Nigerians who are currently in Wuhan, the Chinese city where coronavirus broke out, have appealed to the federal government to evacuate them.

But the federal lawmakers rejected a motion to evacuate the 60 Nigerians in Wuhan, saying such act may not be needed at this point as “the necessary things have been done.”