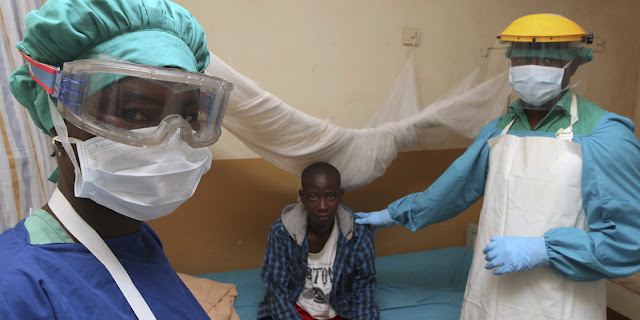 The Chinese government has sent an official guide on treating coronavirus to the Nigerian authorities as death toll in the Chinese mainland reached 908 on Monday.

The Chinese embassy in Nigeria confirmed that the official guide on coronavirus was shared with Nigeria and other countries through “an official channel with documents including Lab Test Procedure, Epidemic Update and Risk Assessment, Diagnosis and Treatment Protocol, Management of close contacts, Surveillance and Epidemiological Investigation.”

According to a statement on coronavirus sent by the Chinese embassy, the National Health Commission in China had received a total of 40,171 confirmed cases, while 3,281 patients had been cured and discharged from hospital.

The statement reads, “Official Guide Documents on preventing and controlling the novel coronavirus pneumonia have been provided by China National Health Commission to its counterpart in Nigeria and other countries through official channel.

“As of February 9, the National Health Commission had received 40,171 reports of confirmed cases and 908 deaths on the Chinese mainland and in all, 3,281 patients had been cured and discharged from hospital. There still remained 23,589 suspected cases. So far, 187,518 are now under medical observation, who have been identified as having had close contacts with infected patients.”

The Lagos State Emergency Management Agency says it is closely monitoring outbreak of hemorrhagic fevers to prevent an epidemic in the state.

The Director-General of LASEMA, Dr Olufemi Oke-Osanyintolu, made this known in an interview with the News Agency of Nigeria on Monday in Lagos.

He said, “These epidemics which have posed global and local emergency health threats have fueled the preparedness plan of LASEMA,” Oke-Osanyintolu said.

Oke-Osanyintolu said that in order to achieve LASEMA’s response, the agency had to collaborate with the Ministry of Health and Primary Health Care Board of the 20 local government areas and 37 local council development areas to prevent the epidemic on the global and domestic fronts.

Britain on Monday declared coronavirus a serious and imminent threat to public health.

Britain’s health ministry said it had introduced new measures aimed at delaying or preventing further transmission of the virus.

“We are strengthening our regulations so we can keep individuals in supported isolation for their own safety and if public health professionals consider they may be at risk of spreading the virus to other members of the public,” a health ministry spokesman said.

Arrowe Park Hospital, near Liverpool in northern England, and Kents Hill Park, in Milton Keynes, have been designated as isolation facilities.

Meanwhile, a staff member at a British doctors’ practice in the southern English city of Brighton has tested positive for coronavirus, the BBC reports.

The County Oak Medical Centre has been temporarily closed down, the BBC reported. It did not cite sources.

Recently, health officials said a case of coronavirus had been identified in Brighton and they were working to prevent any further spread.

A message left at the medical centre’s phone says, “Unfortunately, the building has had to close due to an urgent operational health and safety reason.”

A British man who has not been identified tested positive for coronavirus in Brighton on February 6 after travelling to Singapore. He has since been taken to St. Thomas’s Hospital in London.