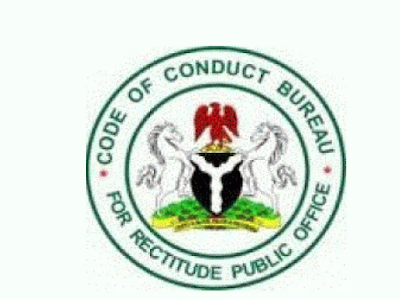 The Code of Conduct Bureau, CCB, has commenced probe on the Chief Justice of Nigeria, CJN, the National Judicial Institute, the Delta State Judiciary and others over an alleged child trafficking and illegal adoption of children in Delta State.

The investigation on a petition dated 26/11/19 borders on abuse of powers in the illegal adoption of children/child trafficking by public officers of the Delta State Judiciary, Delta State Ministry of Women Affairs and the National Judicial Council, NJC.

The petition was written by the Committee for the Defense of Human Right, CDHR, Delta State branch on behalf of a child right activist, Comrade Ighorhiohwunu Aghogho.

This was contained in a letter signed by one Mr. Aliyu Abdullahi on behalf of the Chairman of CCB.

The letter dated 20/12/19 with file number CCB/HQ/ II&M/007/1980 was addressed to the Delta State Chairman of the Committee for the Defence of Human Rights,CDHR, Comrade Prince Kehinde-Taiga, now National Vice President of CDHR.

The Committee for the Defense of Human Rights, CDHR Delta State branch who relied on the private investigation of Comrade Ighorhiohwunu Aghogho had accused Public Officers of the Delta State Judiciary, Delta State Ministry of Women Affairs and the National Judicial Council, NJC of abusing their powers by indulging in sharp practices of illegal adoption of Children thereby causing the disappearance of thousands of innocent children from Delta State.