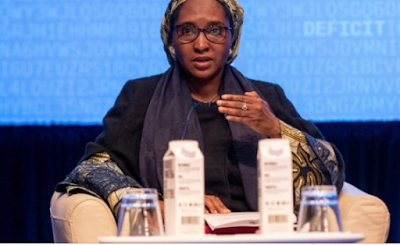 Zainab Ahmed, Minister of Finance, Budget and National Planning, on Friday stated that the Federal Government was not planning to borrow N2trillion pension funds for infrastructure development.

Ahmed, at the Udo Udoma & Belo-Osagie (UUBO) second private equity summit in Lagos, explained that the National Economic Council (NEC) only set up a committee to encourage pension fund managers to invest in infrastructure development.

“Its not true that government is borrowing the pension fund”, NAN quoted her as saying.

“What we agreed is to design a product that pension fund managers will fund attractive enough to invest in, that will give them free safe returns.

“Right now, the regulator, PENCOM, actually allows pension funds managers to invest up to 20 per cent of their money in infrastructure”.

”We are actually working to design products which they can uptake and we are also considering, in addition to regulation, whether we should amend the Act to allow them do other things,” she stated.

“In 2015, the total government stock that we had was 80 per cent domestic and 20 per cent foreign.

“This is to give room for private sector to borrow and to reduce cost of debt servicing,” Ahmed said.

“When you increase any form of tax, it leads to inflation, but its a temporary thing; after some months it will moderate,” the minister said.