5:21 AM CuteNaija 0 Latest News in Nigeria 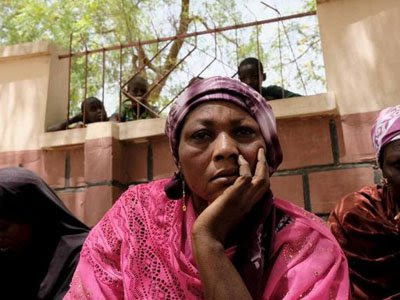 Rebecca, the mother of Leah Sharibu, the Dapchi schoolgirl kidnapped by the Boko Haram insurgents, said the President Muhammadu Buhari called her seven months after the abduction of her daughter. The President, he said, assured her of Leah’s quick release.

Two weeks after the President called, Rebecca said three ministers also visited her home and assured her of the President’s commitment to Leah’s safe return.

Leah Sharibu and over 100 female students of the Government Girls’ Science and Technical College, Dapchi in Yobe State were kidnapped by Boko Haram insurgents in 2018.

While the insurgents released some of the girls, Leah Sharibu was held captive by the terrorist group and was reported to have been forcefully married to an insurgent.

By February 2, 2020, Leah had spent two years with the insurgents.

Leah’s mother in an interview on the Hausa Service of the British Broadcasting Corporation, monitored in Kaduna on Thursday, said she was in London to seek assistance for the release of her daughter, Buhari having failed to do so as promised.

“I came to Britain to lay my complaints, I need their help. They should help me; I will like my daughter to be freed from captivity.

“He (President) told me that my daughter would return and that she would not stay long. Two weeks later, he (President) sent three ministers to our house and they corroborated what Mr President had told me. The ministers reiterated that Leah would be returned to me shortly.

“They said they were there to reassure me but since that day, I never heard anything again from the government,” she said.

She expressed concern over her daughter’s continued stay in the Boko Haram’s captivity.
\