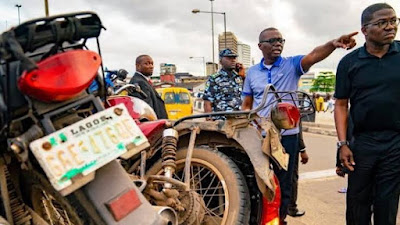 Operators of okada and keke have been reported to be attacking vehicles and smashing windscreens around the area, and commuters have been advised to avoid that route for now.