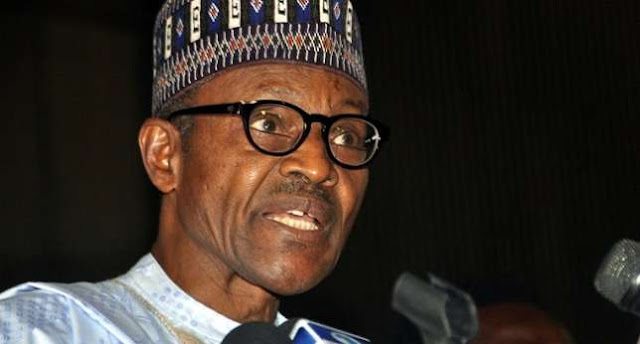 A large crowd of Borno residents, on Wednesday, booed the President Muhammadu Buhari, as his convoy drove from the Maiduguri International Airport to the centre of the city.

Buhari, upon returning from a five-day trip to Ethiopia for an African Union summit, paid a condolence visit to the North-Eastern state, following a Boko Haram attack on Sunday.

As his convoy moved to the city at 1:30pm, he was booed by residents, who lined up along the airport road.

At the airport, the President did not shake hands with some traditional rulers, who came to welcome him.


During previous visits to Borno State, Buhari received a warm reception from residents of the state, which is regarded as one of his strongholds.

In the last presidential election, Buhari had his widest margin of victory in Borno State, where he polled 836,496 votes out of 955,205 votes that were cast, which constitutes a margin of over 85 per cent.

On Wednesday, the people, who were dissatisfied with the upsurge in Boko Haram attacks in the state, lined up along the airport road and shouted in Hausa Bama so! Bamayi!, meaning “We don’t want,” “we’re not interested.”

There have been sustained attacks by insurgents on roads leading to Maiduguri in recent times. On Sunday, no fewer than 30 travellers, including children and women, were burnt to death by insurgents, who invaded Auno, 20 kilometres to Maiduguri.

Two weeks ago, two persons were slaughtered by Boko Haram and their frozen fish carted away. The victims slept in a truck because they could not meet the 5pm deadline when the military usually shut the Maiduguri gate.

On January 6, the insurgents attacked Gamboru in the state, with no fewer than 30 persons killed after an improvised explosive device exploded on a bridge.

Also on January 18, one soldier and four Boko Haram terrorists were killed during an attack on an aid facility in the Ngala area of the state, where at least 20 internally displaced persons waiting for assistance at the facility were killed.

Also on January 20, many residents were abducted in two confrontations between the military and Boko Haram insurgents on the Bama-Gwoza highway.

A day later, eight soldiers were reportedly killed during a battle with the Boko Haram insurgents in Kaga, Borno.

The insurgents had disguised and moved in a police vehicle towards a military base, before opening fire on unsuspecting soldiers near their trench.

But Buhari, in an op-ed in a United States-based magazine, Christianity Today, had last week stated that since he assumed office in 2015, the insurgents had been weakened by the armed forces.

The President’s comment came on the heels of criticisms by prominent Nigerians and groups, including the Christian Association of Nigeria and the Nigerian Supreme Council for Islamic Affairs, who expressed concern about increasing insecurity in the country.

We can’t travel out of Maiduguri – Residents

Some Maiduguri residents, in separate interviews with newsmen on Wednesday, explained why the President was booed.

They said the people of the state were fed up with the President’s failure to restore peace to the state after five years in government.

One of them, Abba Yusuph said, “The President was elected and equally re-elected on the grounds of providing security and pushing Boko Haram out, up till now that has never been done.

“We asked for the change of the service chiefs, the President did not accede and we are locked inside Maiduguri as if we are prisoners.

“We cannot travel outside the town without fear. We just have to pray that we are not killed on the road while the insurgents keep moving closer on Maiduguri. There is hardly any family that has not lost a loved one.”

Buhari, at the Palace of Shehu of Borno, Alhaji Abubakar El-Kanemi, sought the cooperation of residents of the state for the military to win the war against the insurgents.

Addressing traditional rulers and other prominent Borno indigenes at the palace, he said, “The cooperation of your people with our troops and other security agencies by providing credible information could end insurgency not only in Borno but other states of Yobe and Adamawa.”

With the brief advice to Borno monarchs, Buhari proceeded to the Government House, from where he went to the airport to take his flight to Abuja at 3:30pm.

Before the President spoke, the state Governor, Babagana Zulum, had urged him to deploy troops in Boko Haram hideouts in Sambisa Forest and Lake Chad region.

He said the insurgents launched their attacks from their hideouts in the forest and Lake Chad, as well as some of the caves at Mandara Mountains in the Gwoza Local Government Area.

The Shehu of Borno, Alhaji El-Kanemi, pleaded with the President to help the people of Borno State as they were suffering from the problem of insurgency.

He said the Federal Government needed to assist the state more in the area of security to ward off the threat of the Boko Haram.

Contrary to the expectations of the public that Buhari was in the state to visit Auno, the community affected by the Sunday attack, the President did not visit the community.

But in an interview with journalists in Maiduguri, the Senior Special Assistant to the President on Media and Publicity, Garba Shehu, said, “There is no need to go to Auno, as the President’s visit to Borno, was to condole with victims and people of the state.”

The President’s media aide, in a statement later in Abuja, stated that Buhari, during the visit, promised to deploy “harder”, “vigorous” strategies against Boko Haram terrorists.

Buhari, according to the statement, “maintained that intelligence sharing and synergy between law enforcement agencies and the civil populace are critical towards achieving the objectives.

“I assure you that improvement in security will be pursued vigorously. The military will work harder and strategise with tactics to deal with the insurgents. This is however not possible without good intelligence and cooperation with local community leaders.”

“I want to call on the leadership at various levels to cooperate with law enforcement agencies and let us deny Boko Haram access to our loyal citizens.”