2:23 AM CuteNaija 0 Latest News in Nigeria 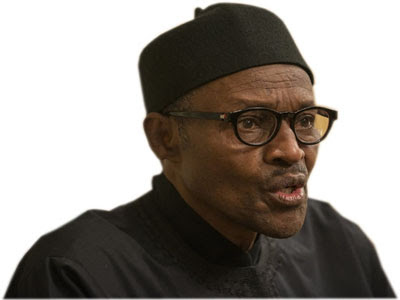 The Presidency has said last week’s booing and embarrassment of the President Muhammadu Buhari, in Maiduguri, the Borno State capital, was not a sign of rejection.

It can be recalled that Buhari visited the North-eastern state on Wednesday upon his return from an African Union event in Addis Ababa, Ethiopia, following the killing of over 30 people by terrorists in Auno, a village about 20 kilometres from Maiduguri.

While in town, the motorcade of the president was booed by angry residents who shouted ‘We don’t want’.

Special Adviser to the President on Media and Publicity, Femi Adesina, said on Sunday evening that his principal, the retired major general, remains popular in Borno State, adding that only a few of the crowd that welcomed Buhari during his ‘sympathy visit’ to the state booed and embarrassed him while the larger number cheered him and waved the symbolic broom of his party, the All Progressives Congress.

Adesina in an interview on Channels Television’s Politics Today monitored by NigerianEye said Buhari has taken some decisions regarding the worsening security situation in the country, noting that the president was not given to showmanship and rhetorics and would rather let the results of his decisions show.

Adesina said, “We (The Presidency) don’t see it as a rejection because if you look at those who turned out to welcome the president from the airport to the Palace of Borno, it was a huge crowd and in that huge crowd, you had a sprinkle of people saying (We don’t want) but the larger number, about 90 to 95 percent were waving brooms and welcoming the president. So dissenting voices in a large crowd like that is normal in a democracy.

“If you look at the votes in Borno State, the opposition scored some 10 percent. So, if out of the 10 percent that voted for the opposition, one percent of them came out last week and made those noise of dissent, I don’t think it indicates rejection.

“The president is still very much accepted and popular and the people of Borno State know and appreciate what he has done in tackling the insurgency. If you take a true scientific study, the stakeholders in the state will tell you the president remains their man. But of course, out of the twelve, there is always a Judas. If some people have dissenting opinions in a democracy, they have a right to it.

“Results are what the president is after. He would rather let the results of his decisions speak and not reel out rhetorics. When you see things happening, you will know.”

On a recent video that surfaced online showing the leader of the Boko Haram terrorist sect, Abubakar Shekau, issuing threats, Adesina said, “The video has not been authenticated. That is ongoing and after the veracity of it has been established, we will know what to do.”