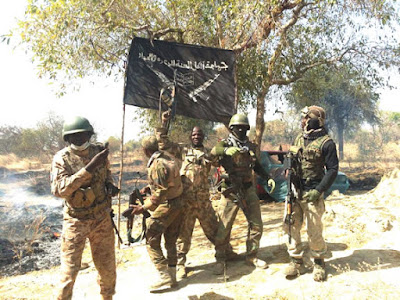 Adeniyi stated this while reviewing the progress of the ongoing counter-insurgency operation of the Nigerian Armed Forces in the northeast on Friday in Maiduguri.

He said the military had succeeded in reducing the sect from the terrorist army they used to be, to mere criminals because of the defeat they suffered since 2015.

The commander dismissed the insurgents’ attempt to retake any territory “as dream that will never come to pass for them”.

According to him, Boko Haram had in 2013 transmuted from a terrorist group to a terrorist army sustaining intense attacks on towns, villages, communities, markets and military bases.

“In 2015; immediately President Muhammadu Buhari assumed office he gave order that all military commands be relocated to Maiduguri.

“It was only then that the military commenced attacks on the insurgents, recapturing the territories under the control of the terrorists numbering over 24 towns and villages,’’ he said.

Adeniyi maintained that the insurgents had been defeated since 2017 and would remain so, adding that the current pockets of resurgent of the terrorist had an international dimension.

He explained that the proliferation of arms in the Sahel, occasioned by the expulsion of armed militias from Libya created the opportunity for the terrorists to try to find their feet.

According to him, the exodus of ISIS terrorists from the Middle East and subsequent alliance with a faction of Boko Haram through the Lake Chad region is another dimension.

He reiterated that the military would continue to fight to ensure that ISIS did not have a foothold in the region like they succeeded in other countries.

The commander noted the adoption of ‘Super Camp’ strategy had further compounded the problem of the insurgents, adding that the strategy had enabled the troops to have longer reach.

He added that the army was well equipped and motivated to take the fight to the terrorists in their hidings, which resulted in successful operations.

The commander stressed that there was no inch of the Nigerian territory that the army is contesting with Boko Haram insurgents.

He explained that the induction of Ezugwu MRAP in the theatre of operation by the engineer corps had enhanced local fabrication in Maiduguri.

According to him, the MRAPs are 100 percent local content.