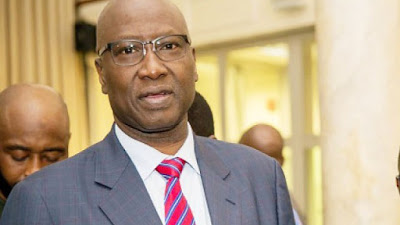 Secretary to the Government of the Federation, Mr Boss Mustapha, has said Nigerians must uphold the tenets of moral, religious, and cultural values to put an end to terrorist attacks and insecurity in the country.

He identified unemployment as one of the root causes of insecurity, even as he appealed to the corporate world to assist government in providing jobs, NAN reports.

Mustapha appealed to Nigerians at individual and family levels to account for all children, and take a personal interest in their individual development and conduct to ensure that the effort of government, military and security agencies become positively evident.

“The determination to tackle insecurity requires the cooperation of all.

“Every member of society has their level of responsibility; some to volunteer information, some to provide counselling and some to engage in the theatre of the war itself.

“Above all, we must all resort to our moral, religious, socio-cultural values which will make all of us protect the sanctity of human life, abhor immoral and irresponsible behaviours and live up to our responsibility of raising good members of the society.

“Once our societies are populated with good moral and religious behaviours, the fight against insecurity will be easier to win.
.
“Unemployment is one of the root causes of insecurity and our people believe only government jobs could suffice especially as it relates to job security

“The corporate world could assist by swaying notions away from this stereotype by equally, providing clearly defined job security policies,” he said.

The SGF disclosed that the government is employing a new approach to tackle insecurity, which includes increased reliance on technology, increased funding and adaptability.

“Also, to tackle the influx of illegal weapons, the government is working hard to realize the establishment of a commission on small arms and light weapons in line with ECOWAS Protocol.

“Government is in the process of developing an internal security policy and strategy and this will be robust and comprehensive and should provide guidelines on how each internal security challenge should be adequately tackled with levels of responsibilities,” he added.

He noted that government since the inception of this administration had put in place serious security measures which had aided reduction in the activities of the terrorists.