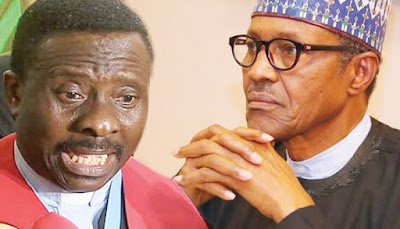 The Christian Association of Nigeria (CAN) says President Muhammadu Buhari’s promise before the 2015 election that all citizens abducted by Boko Haram would be rescued has not been fulfilled.

CAN Director of Legal and Public Affairs, Evangelist Kwamkur Samuel Vondip, in a statement on Wednesday, lamented that it has been two years since Leah Sharibu, was captured by Boko Haram.

Leah and others were kidnapped from the Government Girls’ Science and Technical College, Dapchi, Bursari Local Government Area of Yobe state on February 19, 2018.

CAN said it is disheartening and painful that the government that freed her colleagues has not deemed it fit to secure her freedom, despite the fact that those in government have children or grandchildren of her age.


The body noted that the unsuccessful efforts to free the prisoner of faith was disappointing, depressing and unacceptable, even after “persons kidnapped by the terrorists had their ransoms paid and freed through the efforts of the Federal Government, security agencies and Non-Governmental Organisations.”

Expressing concern about Leah Sharibu’s maternal condition, CAN condemned the release of ex-Boko Haram terrorists under de-radicalization, rehabilitation, empowerment of the Federal Government.

The statement asked the guarantee that the freed ex-terrorists “would not return to Sambisa forest and pick up their arms against innocent Nigerians? Media reports have it that a kingpin of the terrorists who was released has found his way back to the bush!

It advised the government to stop releasing those who are responsible for the horrendous killings in the country, adding that “it is like urinating on the graves of those they killed as well as a dirty slap on the faces of the bereaved and a way of weakening the morale of security agents in the battle field.”

While commiserating with the people and the governments of Adamawa, Borno, Katsina and Zamfara States over recent attacks, CAN wondered why the presidency issued warning to armless Katsina communities not to fight back invading murderous bandits who killed and wounded dozens of armless citizens.

CAN recalled that the body and well-meaning Nigerians have repeatedly called for the overhaul of the security apparatus of the nation but to no avail.

“Instead, the Presidency has been consistently hailing them as if they are impressed with the poor performance of the security agencies under their watch”, the statement read.

CAN called on the Federal Government under President Muhammadu Buhari leadership to accept fully that Nigeria is in a precarious situation needing expertise counsel, urgent decisive local and international community’s intervention.

Advising the Buhari government to consider counsels on national security, the Christian leaders warned the admission to discountenance praises by sycophants and political jobbers.