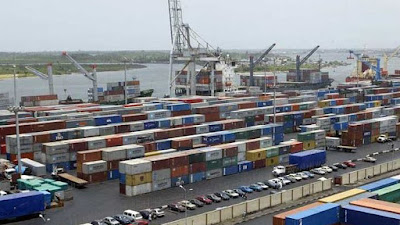 The Association of Nigerian Licensed Customs Agents  (ANCLA) has said that the ban on motorcycles and tricycles in some parts of Lagos State will cripple cargo clearance at the Lagos ports.

The Vice-President of the association, Mr Collins Farinto, said this on Wednesday in Lagos.

Farinto told the News Agency of Nigeria (NAN) that most agents used to ride on commercial motorcycles to the port to clear their cargoes.

According to him, agents perform 99 per cent of their ports’ operations by patronising commercial motorcycles.


He said that they used them when processing the documents meant to clear their goods within a short period of time from one port to another to avoid incurring demurrage.

“Everybody can testify to it that all the activities relating to getting cargo documents processed have been made easy due to the availability of commercial motorcycles.

“About 99 per cent of our job is done by transporting ourselves on motorcycles.

“If we have any consignment to clear at the Tin-Can port or Kirikiri Lighter Terminal, one has to trek now or drive through the bad roads.

“ Banning of motorcycles will have adverse effects on the economy of the state.

“This is not what the Lagos State Governor promised us during his electioneering.

“He promised to review and protect the operations of motorcycles in the state,” Farinto said.

He pleaded with the state government to reconsider the operations of motorcycles within the ports area to enable the clearing agents meet up with deadlines.

NAN reports that the Lagos State Government last week announced that it would commence enforcement of the extant Transport Sector Reform Law 2018 which banned the operation of Motorcycles (Okada) and Tricycles (Keke) in some Local Government Areas (LGAs) and Local Council Development Areas (LCDAs) with effect from Feb. 1.

The state government also listed the highways, bridges and roads where the law also banned motorcycles and tricycles from operating in the state.