As a child, I just wanted to be a fisherman – Ronaldo 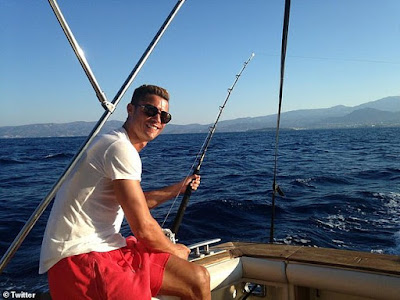 Cristiano Ronaldo has revealed that he envisaged becoming a fisherman on the shores of Madeira as a boy — not one of the greatest players to have ever graced the game of football.

The Portuguese superstar turned 35 on Wednesday and took a moment to look back on his incredible career, which has seen him win nearly all there is to win in the sport.

But today’s reality wasn’t even a pipe dream when he was a child, admits Ronaldo, who believed he would instead spend his day-to-day life on the coast of the small island where he grew up.

When asked where he thought he would be the age of 35 as a kid, Ronaldo told Canal 11, “I thought I was going to be a fisherman in Madeira.

“This never came into my mind. I wanted to be a professional football but I didn’t think I was going to win everything I’ve won.”

Now in the twilight of his career, Ronaldo is still as hungry as ever to further his legacy and he has set his sights on winning a sixth Champions League title.

“To play at Juventus gives me the chance to win it again,” he continued.

“We know it’s difficult, it depends on many factors, but it’s possible because we have a good team.”