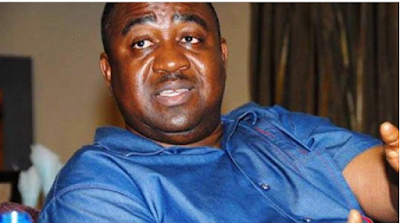 A court of appeal in Abuja has ordered Okon Abang, judge of a federal high court in Abuja, to withdraw from the trial of Gabriel Suswam, a former governor of Benue state.

Suswam, now a senator, is being tried alongside Okolobia Okpanachi, a former commissioner of finance in Benue.

In a unanimous judgment on Tuesday, a three-man panel ordered that the case file be returned to Ahmed Mohammed, the judge who handled the case from inception.

In 2015, the Economic and Financial Crimes Commission ( EFCC) had arraigned Suswam and Okpanachi before Mohammed on a nine-count charge, bothering on money laundering and diversion of funds to the tune of N3.1 billion.


However, the case was reassigned to Abang following Mohammed’s recusal from the trial.

Mohammed’s withdrawal in 2019 was the second after he announced a similar decision on June 6, 2016, but Ibrahim Auta, the then chief judge of the federal high court, returned the case to him.

Mohammed had said he pulled out of the case because he was being accused of receiving bribe to favour of the former governor.

Chinelo Ogbozor, Suswam’s counsel, had challenged the reassigning of the case to Abang, arguing that she was not aware of the judge disqualifying himself from conducting the trial as no prior notice was issued.

She added that it amounted to breach of the defendant’s right to a fair hearing.

The court explained that its decision to return the case to Mohammed was to correct the “error” made by Adamu Kafarati, the immediate past chief judge of the federal high court.

Agim held that Kafarati did not “apply his discretion correctly” when he re-assigned the case to Abang, instead of directing Mohammed to continue with the trial.

“Unfortunately, the chief judge did not exercise his discretion correctly. The re-assignment of the case to Justice Abang amounted to a transfer in a matter that was part heard,” the judge who read the judgement said.

“Four witnesses had already testified and an accused person is entitled to a trial within a reasonable period of time.

“The action of the chief judge is an administrative one and therefore, proceedings by justice Abang cannot amount to a nullity.

“The federal high court is one court and the Judges are the same. It is within the administrative powers of the chief judge to re-assign cases and any judge has the jurisdiction to hear to cases assigned to them by the Chief Judge of the court.

“Justice Abang has no powers to challenge or question the chief judge. He has a duty to take a case assigned to him and deal with it. He did what the law allowed him.

“In fact, if the ruling of Justice Abang did not touch on the reasons given by justice Mohammed to rescue himself, this appeal would have no life.

“Abang has shown commendable diligence in the trial. But since Justice Abang went to determine the propriety of Justice Mohammed’s recusal from the case, the appeal has live issues.”