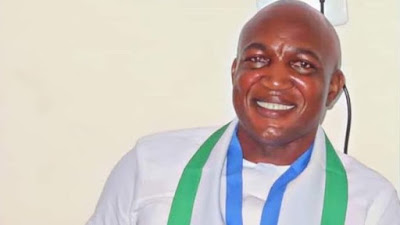 The Bayelsa Chapter of All Progressives Congress (APC) has expressed shock over Supreme Court’s ruling nullifying the election of Mr David Lyon as the Governor-elect for the state on Thursday.

The Supreme Court had ruled that Lyon’s deputy, Biobarakuma Degi-Eremienyo submitted forged documents which disqualified the joint ticket and nomination and urged INEC to withdraw the certificate of return issued to them and reissue same to the next party with the require constitutional spread.

Mr Doifie Buokoribo, the state APC Publicity Secretary told newsmen in Yenogoa that the party was shocked at the development.

“It is a shocking one but one thing that is clear is that the Dickson’s administration must leave tomorrow, there is no room for elongation of tenure not even for one minute.


“It is clear that only APC met the required spread as we won convincingly in five out of the eight Local Government Areas (LGAs), so without that spread I do not see how PDP can make it, certainly the Speaker of the state House of Assembly would be sworn in as Acting Governor.

“Those of them celebrating in the PDP camp are doing so in ignorance,” Buokoribo said.

Before news of the judgement filtered into town, APC faithful were in high spirit preparing for the governor-elect inauguration on Friday.

The governor-elect had earlier visited the proposed venue for his inauguration at Sampson Siasia Stadium, where he rehearsed for the ceremony.

Reacting, Mr Daniel Alabarah, Special Adviser to Gov. Seriake Dickson said that the Supreme Court ruling in favour of PDP was “the will of God”.

“The PDP victory is not by our own power, it is the will of God. Many have defected to APC since the election but today, victory is for us.

“I believe the victory is for Bayelsa and not only for PDP. We want all parties to come together and we can move the state forward,” he said.

Meanwhile, workers in the state have expressed unhappiness over the ruling, stressing that they wanted the APC governor elect instead of the PDP’s, Douye Diri.

Across section of those interviewed by NAN said that they would not want the unpaid salaries syndrome that characterised the PDP administration in the state to return.