Any Nigerian man that kneels to propose is a fool - Nollywood legend, Pete Edochie 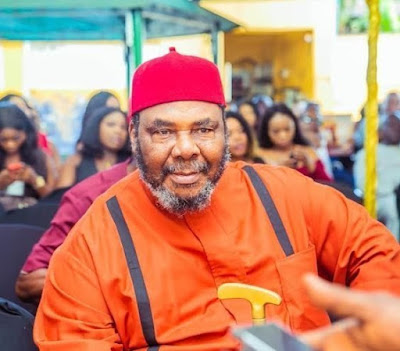 Veteran Nollywood actor, Pete Edochie, again disagreed to the common knee-kneeling proposal, claiming that its a copycat of the whites.

Recall that sometime in January, a video of the actor speaking in Igbo and condemning the act of men kneeling to propose to their girlfriends went viral.

The 72-year-old actor was spotted recently and was asked to speak on wedding proposals, and again, he vehemently kicked against men going down on their knees to propose.


According to him, any man who does that is not “just an idiot but a compound buffon’‘.

He said; ”Any young man who gets down on his knees to propose to a girl is not just an idiot, he is a bloody fool, a compound buffoon. We try to copy white people.

”I believe in the sacrosanctity of our culture, the essence and the core of our culture. The white man knees down to propose to a girl. You know what it means, the girl takes over the family. This is why whenever you disagree with a wife oversea, you are kicked out and your wife takes the house.

”Young men who should be in charge of their destinies hand it over to women. That makes you all fools.”

When informed that it is love that makes men go down on their knees to propose, Edochie said; ”I have lived with my wife for 51 years, nobody has said stop beating this woman. Kneel down before your wife, I will sympathize with you when she takes over the home” he said.