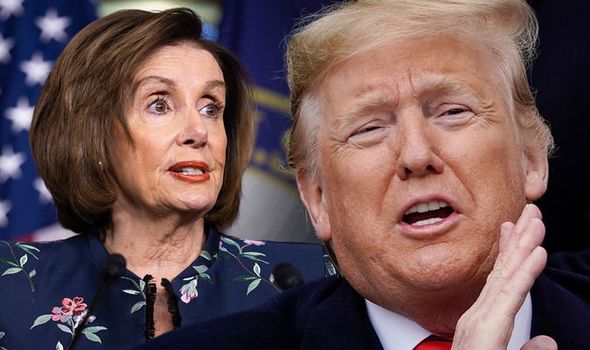 US President Donald Trump said Thursday that Americans are angry with the Speaker of the House, Nancy Pelosi, adding that she wanted to impeach him a long time ago.

Trump said the country would have achieved more had it invest the same energy it invested in his impeachment trial in developing some aspects of the economy.

He stated this today while delivering a victory statement at the White House following his victorious acquittal by the Senate on Wednesday.

Trump said, “Think of what we could have done if the same energy was put into infrastructure. And I’m talking about both sides. If we have both geniuses because they are also geniuses on the other side. Maybe even more so. Instead, I have just learnt a new phrase; it’s called ‘Total acquittal’.”

Trump said his party, The Republican Party would win more seats in the legislature.

“We just won two seats in North Carolina. Two wonderful seats that are not meant to be won but I went there and made speeches and we had rallies and we took two seats and nobody writes about that. If we lost them it would have been the biggest story of the year. But we are going to win more seats.”

“People are very angry with Nancy Pelosi and the other guys.”

The House under the leadership of Pelosi impeached Trump in December 2019 for abuse of office among other charges.

Reacting to Trump’s victory at the Senate, Pelosi said on Wednesday evening that as far as she was concerned, Trump has been impeached forever.