Alleged car theft: My lawyer asked me not to talk - Iyanya 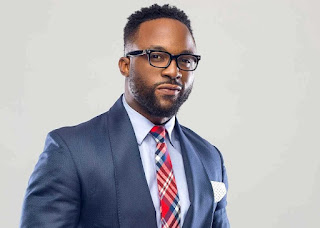 The fans of singer, Iyanya Mbuk, were worried when news broke that he had been arraigned before the Igbosere High Court in Lagos for allegedly stealing a car.

However, Iyanya pleaded not guilty to the charge and was released to his lawyer, who undertook to produce him in court for his next appearance. Meanwhile, the singer seems unperturbed by the suit filed by his former allies, The Temple Management Company Limited.

In the charge sheet marked, LD/9024C/2019, the musician was accused of converting a vehicle to his own.


When newmen reached out to the singer, he declined making a comment about the court case, maintaining that his legal team would release a statement to address the issue. He said, “My lawyers have advised me not to say anything about the matter. We’ll release a statement when we are ready.

“The case is in court and I can’t talk about it. Only my lawyers can talk about it. It’s a legal matter. You’ll hear from me at the end of the day but I have to follow my lawyer’s instruction.”

However, no statement was released as of the time of filing this report.

Iyanya also took to his Twitter handle to lament about how people liked to hear bad news. He wrote, “You all like bad news.”