1:06 AM CuteNaija 0 Latest News in Nigeria 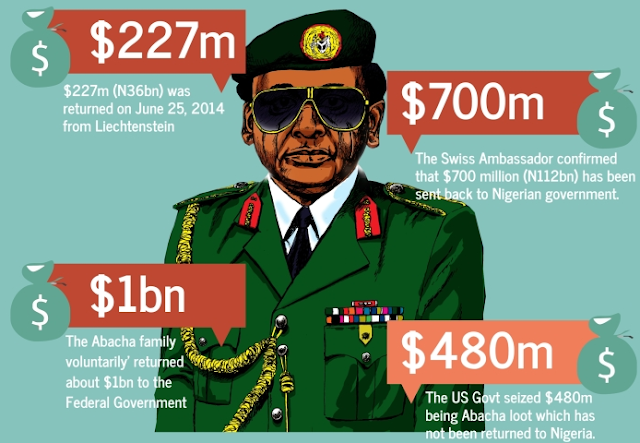 The family of the late General Sani Abacha has lost the bid to access some foreign bank accounts of the late dictator and other members of the family.

This came into effect as the Supreme Court on Friday dismissed the appeal filed by a son of the late dictator, Mohammed Abacha, seeking an order to unfreeze some of the bank accounts held in the United Kingdom, Switzerland, Jersey, Liechtenstein, and Luxembourg.

Delivering judgment in the appeal, a five-man panel of the apex court unanimously held that the suit, which was first initiated before the Federal High Court in Kano in January 2004, had become statute-barred.

Justice Amina Augie, who read the lead judgment prepared by JusticeC.C. Nweze affirmed the concurrent decisions of the lower courts.

Augie said, ‘according to the admitted evidence, I have no limitations in affirming the concurrent decisions of the lower courts and the appeal is hereby dismissed.

She held that it was too late for the Abacha family to query the decision taken by the Federal Government of Nigeria in 1999.

The accounts were frozen in the countries following mutual judicial assistance agreements entered with the countries by the Nigerian government during the administration of the then President, Chief Olusegun Obasanjo, in 1999.

The family prayed the lower court to declare the said grant by the government of Switzerland to transfer the family’s cash assets in their companies null and void and contrary to the African and United Nations Charter on Human Rights.

The Abacha family also appealed to the decision of the Federal High Court, Kano at the Court of Appeal, Kaduna.

But in its judgment on Dec. 15, 2009, the appellate court upheld the decision of the trial court and dismissed the appeal, a decision he again appealed to the Supreme Court, which the apex court also dismissed.

Other members of the Supreme Court’s five-man panel that heard the appeal, Justices Olukayode Ariwoola, Kudirat Kekere-Ekun, Augie and Paul Galumje, all agreed with the lead judgment as written by Justice Nweze.