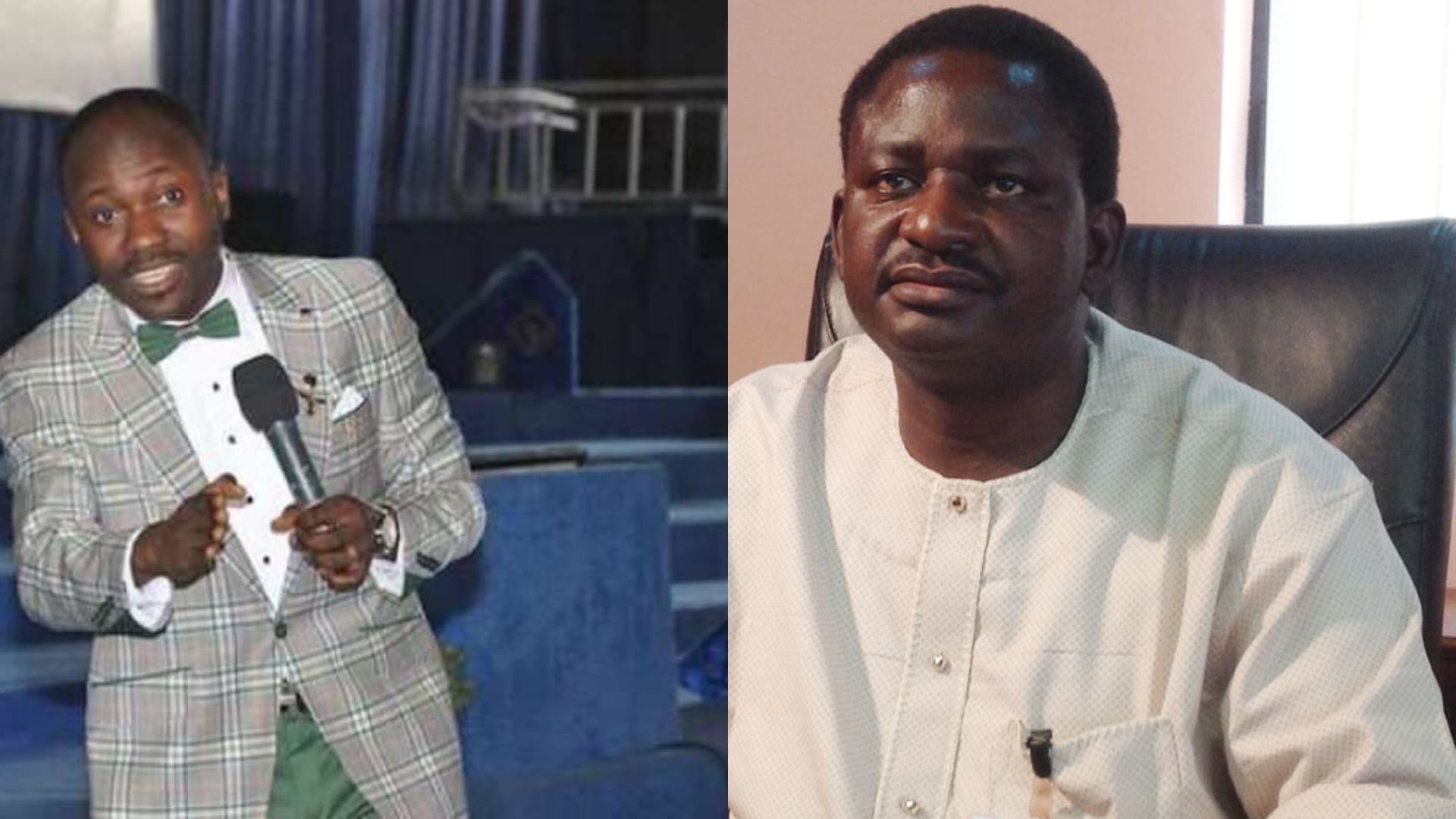 Suleman made the remark while condemning Adesina for attacking the Christian Association of Nigeria, CAN, following its reaction to the murder of Reverend Lawan Andimi by Boko Haram.

Andimi, the Chairman of CAN in Michika Local government area of Adamawa state was beheaded by the insurgents.

Reacting to Andimi’s execution, CAN had accused the Buhari-led federal government of colluding with Boko Haram to kill Christians.

The body had also faulted Buhari’s reaction to the killing of Andimi.

But, Adesina had lambasted CAN over their comment which was anti-Buhari.

However, Apostle Suleman in a tweet wrote: “Just saw the empty defense of Femi Adesina and his lashing CAN over the beheading of Rev indimi..such insensitive man is a presidential media aide? Certain positions should be given to people who have heads..even if they lack brains, we can manage ‘just head’.