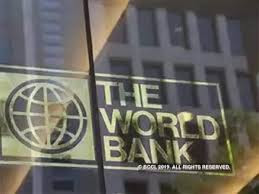 Nigeria’s economy will grow by 2.1 per cent for three consecutive years covering 2020, 2021 and 2023, the World Bank has predicted.
The report which also showed that Kenya would record six per cent growth during the same period; puts global economic growth at 2.5 per cent.
The predictions are contained in World Bank’s January 2020 Global Economic Prospects released on Wednesday.
The report, however, described the country’s macroeconomic framework as not “conducive to confidence.”