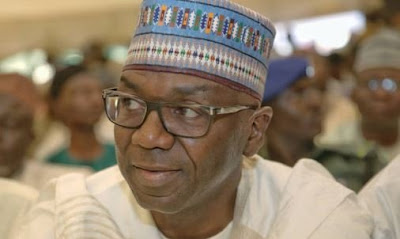 The Kwara State government on Monday denied attacking or demolishing any home belonging to old people.

It said the property destroyed was a shed occasionally used for political gathering and not a place where old women are quartered.

Communications Commissioner Murtala Olarewaju said in a statement last night that the narrative about government demolishing old people’s home was a fabrication by the opposition to cover up for not having any document to prove their ownership of the property bordering the civil service clinic in Ilorin, the state capital.

“The property is one of the over 100 government assets in GRA, Ilorin, Kwara State; Victoria Island Lagos; Kaduna and Abuja (which were) investigated by the Asset Recovery Committee, led by Senator Suleiman Ajadi, which were unlawfully converted to private use. Until its physical reclamation, the property comprised only of sheds.


“The property was neither an old people’s home nor was it residential; nobody lived there. The property has always been a security risk. No fewer than 97 people, mostly women, have died in mysterious stampedes in that facility as they scampered for handouts.  “There were yearly mass deaths in the said property in November 2010, June 2011, and October 2013. A google search will instantly reveal these sordid facts, which were widely published in the media.

“Contrary to the claims by the opposition, the physical reclamation of the property by the government on January 2, 2020 was without any incident. Nobody was met on the property. It was never a place where people lived in; so, the question of ejecting, maltreating or deploying violence against anyone did not arise. No court process has been served on the government.

“Without any legal basis to claim the property, the opposition later that morning (January 2) mobilised some women to stage a protest in which they portrayed the government as attacking old people who were quartered there. This is an outright fabrication. The government strongly condemns the use and abuse of vulnerable and indigent old women for propaganda purposes,” he said.

In addition, a group, Kwara Progressives Group (KPG), on Monday urged the Kwara State government to set up a judicial panel on the alleged deaths that occurred at Plots 1, 3 and 5 Ilofa Road, Ilorin GRA, while the properties were under the Sarakis few years ago.  In a statement by its National Publicity, Mr Rotimi Sulyman, KGP said: “We urge the government to remain unmoved by the censure expressed by an insignificant section of the public, particularly outside the state, who have failed spectacularly in their bid to deodorise the primitive appropriation of the said properties by the Sarakis.

“Most of the meddlesome interlopers have never set their foot on Kwara (soil) or know where in Ilorin is Ilofa Road or the proximity between the said properties and the residence of the late Olusola Saraki, which begs the question: what is their primary interests and why are they so charged with emotion, if not to run the errands of their paymasters, which is to bring the government into disrepute?”