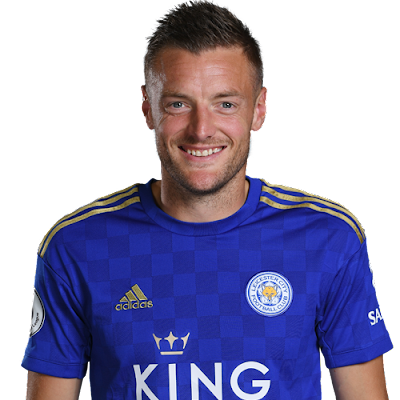 It was initially feared Leicester's 17-goal leading scorer could be sidelined for several weeks.

But Rodgers revealed on Monday that the 33-year-old was fit enough to be involved at Villa Park as Leicester try to book a Wembley final date with Manchester City or Manchester United.


"He'll be in the squad," Rodgers said at his pre-match press conference. "He's worked very hard since picking up the injury in midweek.

"We'll give it another full day, so we can see how he is tomorrow and decide if he starts or comes off the bench. But he will have a part to play."

Leicester were held to a 1-1 draw by Villa in the semi-final first leg at the King Power Stadium.

Rodgers, chasing his first final appearance as Leicester boss, would love to have Vardy available for 90 minutes against Villa, but he will not risk the striker's long-term fitness by pushing him too hard.

"Will he be 100 per cent? He might only be at 80 per cent fitness but I'd rather have an 80 per cent Jamie Vardy than no Jamie Vardy at all, because of what he gives the team and his threat," Rodgers said.

"But we also have to consider the risk of further injury and that's what we're weighing up.

"He's come through the last two days on the (training) field well. We'll see how that looks in the morning, but I'm very confident he'll be involved in some part."