US vs Iran: Trump threatens “major retaliation”, reveals next targets to be bombed 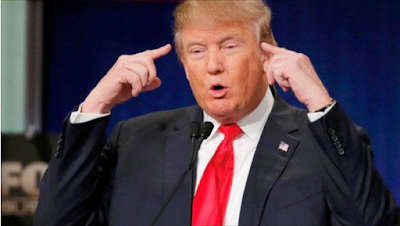 US President, Donald Trump, has threatened “major retaliation” if Iran avenges the killing of their key military commander, Qasem Soleimani.

Trump also warned of massive economic sanctions against ally Iraq, if the country expels US troops based there.

The American president ordered a US drone to fire a missile at Soleimani, one of the most influential people in Iran’s government, when he was near the Iraqi capital’s international airport.

Angry mourners thronged the streets of Iran’s second city Mashhad on Sunday, to pay last respects to the late Soleimani and chanted “death to America”.

Trump has now warned Iran against taking vengeance, threatening that the US bombing targets could include Iran’s cultural heritage sites.

“If they do anything there will be major retaliation,” Trump told reporters on Air Force One, as he flew back to Washington from vacation in Florida.

“And we’re not allowed to touch their cultural site? It doesn’t work that way.”