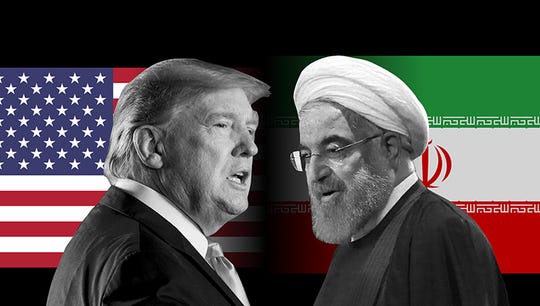 Following the retaliatory attack of US forces’ bases in Iraq by Iran, US President Donald Trump has said the US will impose immediate economic sanctions on Iran.

In an address on Wednesday, Trump said, “As we continue to evaluate responses to Iranian aggression, the United States will immediately impose economic sanctions on the Iranian regime. These powerful sanctions will remain until Iran changes its behaviour.”

Trump, who added that “by removing Soleimani, we have sent a powerful message to terrorists. If you value your own live, you would not threaten the lives of our people”, said the US has powerful weapons but does not necessarily want to use it.


“US armed forces are stronger than ever before; our missiles are big, powerful, accurate, lethal and fast. Under construction are many hypersonic missiles.

“Three months ago, we had to destroy one hundred percent of ISIS and it territorial caliphate. We killed the savage leader of ISIS, Abu Bakr al-Baghdadi, who was responsible for killing Muslims, Christians and all who stood in his way. He was a monster.

“ISIS is a natural enemy of Iran. The destruction of ISIS is good for Iran and we (America and Iran) should work together on this and other shared priorities,” he said.