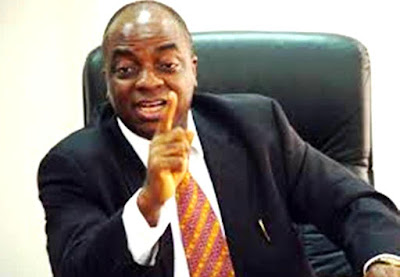 There was a mild drama on Thursday at the U.S embassy in Lagos, as the founder of Winners’ Chapel, Bishop DavidOyedepo, was denied visa, ThisDay reports.

According to the report, the embassy did not give any other reason except the standard default explanation that the Bishop did not qualify for visa renewal in its assessment and urged him to try again.

However, the preacher created a scene whilst querying the grounds for his refusal. He reportedly told the embassy he had been traveling to the states as far back as 1980s and had not violated any rules or committed any crime to have warranted being denied a renewal of his visa.

According to a ThisDay’s source, he immediately sent for his bodyguards to get his phones so he could make some calls, but the embassy allegedly told him he could not make calls within the precincts of the visa-issuing section of the embassy.

Meanwhile, comedian Bovi was lucky with the embassy, as his visa was renewed.