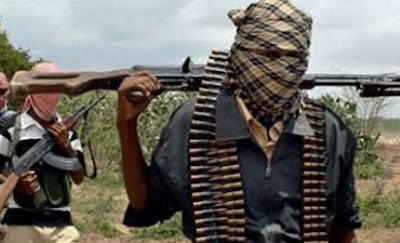 According to the former chairman of the council, Chief Ezekiel Gbadeyan, two men and a woman travelling home for New Year were abducted by the hoodlums along Osi-Obbo-Aiyegunle road.

According to sources, the fourth person escaped with serious injuries.

It was learnt on Friday that the trio’s abductors had allegedly demanded N50m from their families for their release.


Gbadeyan lamented a spate of kidnappings in the area.

He said, “That was the fourth in the last few weeks but hunters have always been preventing innocent souls from being kidnapped.

“The hunters have been our saving grace from the menace of these herders in the area.

“These pathetic occurrences are due to the sorry state of our road as vehicles cannot move freely. Therefore, we are appealing to the state government to assist us in rehabilitating the road.

“Also, the road that links Obbo-Aiyegunle in Kwara to Ekiti State is also awful. We use this medium to urge the authorities concerned to come to our rescue.”

Spokesman for the police in the state Ajayi Okasanmi confirmed the incident.

“We are working seriously to ensure the release of the victims from captivity,” he said.